This post is written as part of the weekly “A Friend of Friends Friday” genealogy blogging meme. Visit the GeneaBloggers shared Google Reader list for additional entries from this and other blogs.

On 29 May 1852 the General Assembly of Maryland passed “An Act to provide for the General Valuation and Assessment of Property in this State.” This Act included the following clause:

Sec. 9. And be it enacted, That it shall be the duty of the said assessors, or a majority of them, in their several assessment districts, to make diligent inquiry and inform themselves by all lawful means, of all the property in their respective districts, liable to assessment, and to value the same at the full cash value thereof, and all property owned by residents of this State, and not permanently located elsewhere within the State, shall be assessed to the owner in the county or city where he or she may reside; and they shall specify in their returns, to be made as hereinafter provided, as far as may be practicable … Second, the negro slaves, classifying them according to their sex and ages … and it shall be the duty of the said assessors, also, to specify in said returns the name of each slave, and opposite the name, the age and assessed value [emphasis added].[1]

In other words, the 1852 assessment records for the state of Maryland contain the names and ages of every slaves owned in the state!

The Maryland State Archives in Annapolis holds several of these 1852 returns:

For those researchers of enslaved families who have identified family groups after 1870, these records–and other tax assessment records that identify slaves by name–can create an important connection into the antebellum world. 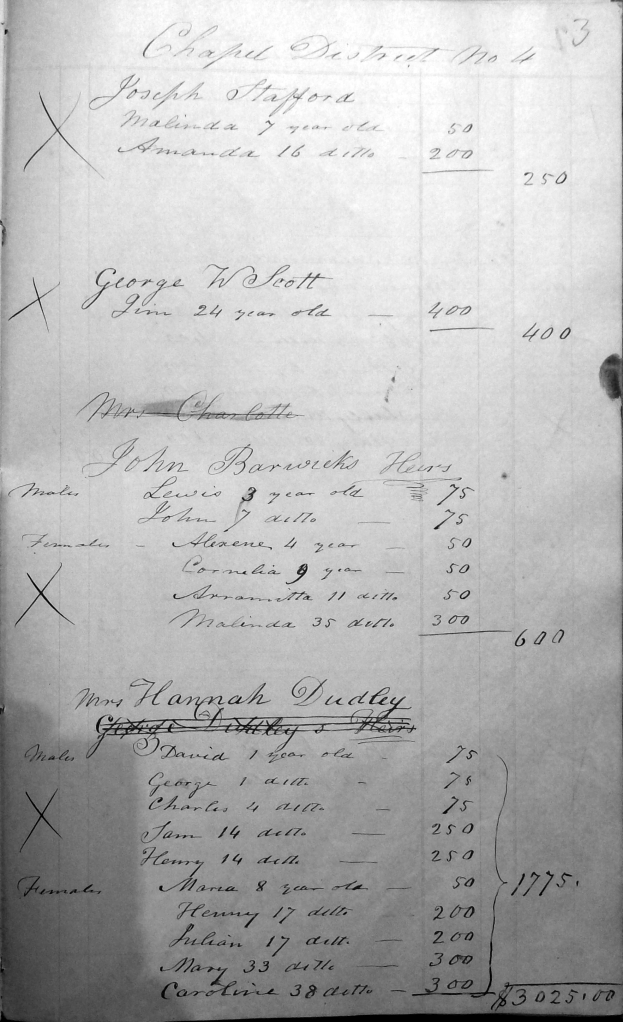 The following slaves are assessed to John Barwick’s heirs, living in Chapel District no. 4, in Talbot County, Maryland, in 1852:

In Maryland, the Register of Wills and the Orphans’ Court handle matters of probate.  In addition to the commonly used probate records, such as wills, estate inventories, administration accounts, and estate distribution records, the recorded proceedings of the Orphans’ Court often hold details not included in the recorded instruments.  The following records holding possible significance to this case have been located regarding John Barwick’s estate:

When Talbot County assessed its citizens’ property in 1852, the slaves had still not been distributed. Therefore, they were still legally owned by the deceased John Barwick’s estate. By the 1860 federal census, the slaves were enumerated (without names provided) in Schedule 2, the enumeration of the enslaved population, or “slave schedule,” owned by the now remarried Charlotte Frampton, John Barwick’s widow.[9]

Slavery was abolished with the passage of a new Maryland state consitution on 1 October 1864. In 1870, the former slave Melinda Newman and her minor children live with her husband John Newman, in Easton, Talbot County.[10] By 1880 the family had moved to Baltimore city.[11]

If you would like to cite this post: Michael Hait, “A Friend of Friends Friday: Maryland’s 1852 Tax Law,” Planting the Seeds: Genealogy as a Profession blog, posted 21 Oct 2011 (https://michaelhait.wordpress.com : accessed [access date]).

One thought on “A Friend of Friends Friday: Maryland’s 1852 Tax Law” 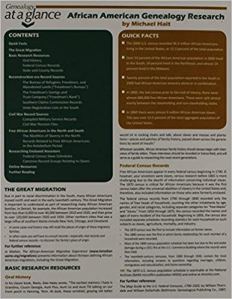